Become a part of the INDICA family and save 8% on your first order!

Thank you! Your submission has been received!
Oops! Something went wrong while submitting the form.

CBD skin care: what you should know before using it 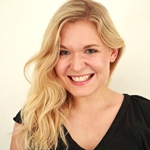 The use of CBD in cosmetics has become an unstoppable trend in recent years. But before making skin care products with this promising active ingredient an integrated part of your beauty routine, there are a few things you should consider – at least that’s what experts are saying.

Since CBD has been approved on the broad market (CBD is, in contrast to THC, the non-psychoactive part of the cannabis plant), it seems to be everywhere: as body lotion, bath salts, food supplements, sleeping pills and even in dog food CBD can be found. No wonder that CBD is becoming more and more important in skin care. The benefits of CBD for the skin are gigantic: CBD has an anti-inflammatory effect and thus alleviates skin impurities and redness and also helps prevent premature skin aging – all of that in a complete natural way.

But there is much more to learn about CBD than its numerous benefits for the skin. From production and social impacts to questionable financial practices related to CBD, industry insiders know the secrets of the green plant. So before you consider integrating CBD into your skin care, it certainly won't hurt to get some important information about the background of CBD.

CBD is the abbreviation for cannabidiol, one of the compounds found in cannabis plants. Hemp and marijuana both belong to the family of cannabis plants, and although they both have their differences (more on this later), CBD can be extracted from both hemp and marijuana. The other compound found in cannabis plants is THC, but it is not legal because of its psychoactive effects. CDB in comparison has no intoxicating effect whatsoever, so it does not make you high and does not affect your consciousness.

Although research on how CBD works and its ability to relieve common problems such as anxiety and insomnia is still in its infancy, there are some key points on which many industry experts seem to agree. According to this, CBD acts as an analgesic and anti-inflammatory agent, which has been used successfully for centuries to relieve pain and treat skin diseases such as eczema, psoriasis and rosacea and even sunburn and insect bites – at least as far as external application is concerned. CBD has the added advantage of stabilizing the mood, relieving anxiety and creating a calm feeling of well-being.

How exactly does it work? The particular effectiveness of CBD is due to the endocannabinoid system (ECS): The ECS is a network of receptors that every mammal has. This system is responsible for maintaining the hormonal balance of the body and helps to regulate many essential functions of the body, such as sleep, pain, appetite, immune system and stress.

Some studies have also shown that in addition to its anti-inflammatory effect on skin problems, CBD can also reduce the oil production of the skin. The anti-inflammatory effects of CBD generally help to soothe the skin and thus reduce redness. Due to its antioxidant and regenerative properties, CBD is able to compensate for damage caused by sun, pollution and aging. Basically, it seems that the skin of every human being can only benefit from the use of CBD.

Not all CBD is the same hemp seed oil

There is often some confusion about the difference between hemp seed oil and CBD derived from hemp. The comparison of hemp seed oil and hemp-derived CBD is therefore not much better than comparing potatoes with vodka, they come from the same plant but have very different properties.

Hemp seed oil is produced by cold pressing the seeds of the hemp plant, products with hemp seed oil are therefore rich in several vitamins as well as omega fatty acids. These have a particularly hydrating effect – but hemp seed oil does not contain CBD. Therefore, when buying cosmetic products, you should pay special attention to the actual ingredients: many cosmetic brands make it look like as if CBD is contained in one of their products, when in reality it is only hemp seed oil.

CBD as opposed to hemp seed oil is an extract from the leaves, flowers and stems of the cannabis plant. Products with CBD have a much more regenerative, anti-ageing and anti-inflammatory effect than products made with hemp oil. This is also called the "entourage effect": The different parts of the plant (leaves, flowers, stems) are supposed to work together and thus enhance the overall effectiveness of this particular plant.

Although CBD may be an exceptional substance for skin care, it cannot be entirely denied that its popularity has much to do with its proximity to the drug culture. Thus, it often happens that CBD companies take advantage of the often controversial stigma of cannabis to attract more attention. It cannot be ignored that the people who benefit from the controversy surrounding CBD are mostly white and predominantly male and for the most part do nothing to actually change the perception of marijuana use, which is inextricably linked to the "getting high culture" of a certain group of people. This is a difficult issue, but it should be pointed out in any discussion about CBDs – especially when one considers that the cultivation of CBDs to extract intoxicating ingredients is still illegal today and can put people in prison.

Despite the awareness, research and even legalization of CBD, there is still a lot of work to be done to advance the industry around CBD products, including the cosmetics industry. But it also seems that every year, new rules and regulations arise to support the rise of this special active ingredient and make its extraordinary benefits accessible to a broader range of people.

The 9 best Tips for your Fall Facial Skin Care Routine

Here’s what to keep in mind when taking care of your skin during seasonal changes.

7 Reasons Why You Need to Start Using a Night Cream

We asked our skin care expert about her opinion of natural skin care and recorded her useful tips and answers on video!

Check out our premium CBD products your skin will love.
Experience the power of natural, hemp-infused beauty recipes. Created to help you provide with a healthy, radiant and youthful skin.
Discover the products